The main prerequisite for this course is PHY 308, Quantum Physics. My new course, PHY 390 Physical and Mathematical Foundations of Quantum Mechanics TuTh 650-810 PM, would be helpful if taken simultaneously, but is NOT required. Except for sketchy discussions under the heading of Modern Physics, PHY 308 is the only introduction most students have seen to quantum mechanics. Considering the important part quantum mechanics plays in physics and technology today, this rather late exposure of students stands in sharp contrast to the situation for mechanics and electrodynamics, which form the backbone of first-year physics and then are repeated at a more advanced level, typically in junior year. For that reason I believe that students can benefit from a course that covers again much of the material in the introductory course, but in a deeper way. The appearance of 390 this semester, allows a more conventional treatment of Advanced Quantum Physics than I have given in recent years. However, I still believe it is more beneficial to return for a deeper treatment to some of the topics in PHY 308, because past experience shows it is very hard for students to absorb this material in a single go-round. This should mean that students will have a good foundation for learning some of the many additional topics in this subject, anyway too numerous be covered entirely in such a limited time. The term paper, and a session or sessions at the end when students have the chance to present their topics to each other, should help increase the breadth of coverage.

Quantum mechanics describes everything that goes on at atomic length scales, and thereby much that goes on at even larger scales, such as the strength of ordinary materials, and other properties such as specific heat. The subject has various layers, starting with the fact that there are far fewer degrees of freedom than for classical mechanics. In the latter, any value of position and momentum is allowed, but in quantum mechanics there is only a single state corresponding to a box in phase space ofr each degree of freedom (e.g., position in x direction and momentum and momentum in x direction) of area h, where h is Planck's constant. That fact also underlies the Heisenberg uncertainty principle, which implies that the more precisely we know a particle's momentum the less well we know its position, and vice versa. The probability interpretation, that the absolute square of a (generally complex) wave function gives the probability density for finding a value of some observable in a given range, leads directly to the importance of having a complete description of all possible states of a system, and of how these states evolve in time. The problem of prediction in quantum mechanics is to determine probabilities of measuring particular values of observables at one time, given values determined at an earlier time. This is the basic problem of all physics, but in quantum physics it may involve probability distributions rather than specific values. At the same time, quantum mechanics has an exactness and specificity unmatched in classical mechanics. For example, the energy of the ground state of a hydrogen atom in vacuum is universal, exactly the same for all such systems. This combination of fuzziness and exactness makes quantum mechanics an exciting challenge for developing intuition, because it is so different from classical mechanics and familiar experience at human-size scales. In this course we continue the adventure of trying to master this challenge. 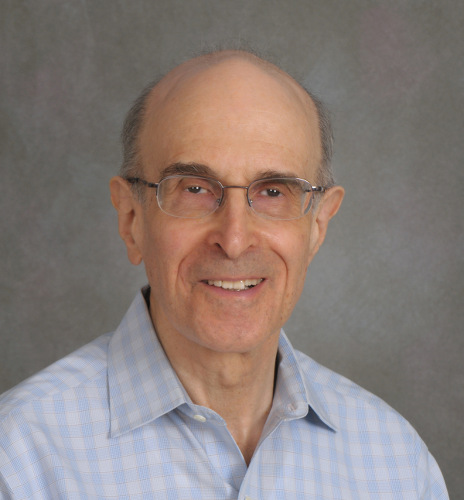 Fred Goldhaber represents the second of three physics generations in his family. Collaboration with his parents led to what may have been the first mother-son publications in physics. Among his research publications are articles on magnetic monopoles, elementary particles, nuclei, condensed matter, and, recently, cosmology. Themes that help to bind these topics together include the principle of gauge invariance, the use of classical limits and the correspondence principle, and the study of long-distance, low-energy constraints on objects that may have quite high-energy internal structure. He is co-author of three review articles, "Terrestrial and Extraterrestrial Limits on the Photon Mass," "Hypothetical Particles" (with Jack Smith), and "High-Energy Collisions of Nuclei," as well as an annotated bibliography, Magnetic Monopoles. He enjoys hindsight heuristics, asking why people made discoveries later than they might have; understanding this better could aid future discoveries.

Review of particular subjects in PHY 308

We shall make use of the Blackboard system for communication and student comments, including anonymous comments which are most welcome. Stony Brook course evaluation forms give feedback when the course is all over. Anonymous comments at any point during the term can lead to improvements right away. There will be weekly homework assignments. Students who work in groups of 2 to 5 will get the equivalent of 1 perfect problem extra credit for each homework which has been done together with the group. There will be one extra credit point for emailing to me the following information during the first week of classes, in response to an email from me through the Blackboard system:

Homework sessions: Students are encouraged to work in groups, and to schedule time as groups with me in my office for me to help out with difficulties.