The layman's view of physics is usually far from reality. In fact, the layman's view of reality is often far from reality: Physics is the study of the fundamental properties of the Universe; but the average person understands little physics, at least not in the way a physicist does. Thus, most people have little understanding of the world they live in, except for things limited to humankind, which tends to have a small influence on the Universe as a whole. Of course, if people understood themselves better, the world would be a nicer place to live, but that's another story.

This story is about the impressions many people have about physics, and how they differ from the real thing. (See also Are you a quack?) In particular, it is also about high energy physics, the most fundamental part of physics, and the misconceptions of it held even by many students of physics.

Physics is a science. Most misconceptions about physics are about science (& often technology) in general, but these are most obvious in the case of physics, because of all the sciences it is the most foreign to most people, because it seems to relate the least to everyday events. In fact, the opposite is true, since physics applies to everything, while the other sciences are more specialized. (See science and theoretical high energy physics.) The truth is that science is... 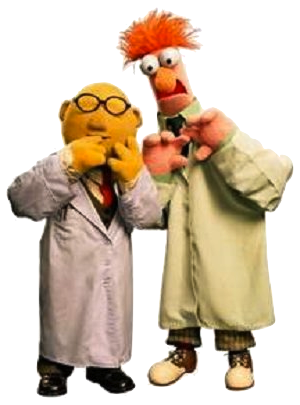 Ages of a Physicist

Not only does a physicist's view of physics differ from that of a layman, but a physicist's view changes as (s)he develops, usually at the cost of surprise and confusion. Here is an outline of the different stages in this development:

Physics and math(s) seem very related at first, but tend to diverge, especially by graduate school (or science of the 20th century and later). The main difference is that most mathematicians are interested in as general results as possible, while most physicists are more interested in explicit calculations that can be applied to the real world. As a result, the methods tend to differ: Mathematicians are usually interested in what can be (more or less) rigorously derived from a given set of axioms, while for physicists it is only experimental data that is given, and the axioms must be derived. Consequently even the notation is different: Mathematicians use a precise notation that makes it clear exactly what the definition of an object is, while physicists use a notation that makes calculations practical. Thus, while physicists and mathematicians often use similar methods, the relationship is usually not evident.

In general, there are (at least) two stages in the development of a scientific idea: hypothesis ("educated guess") and theory (experimentally confirmed hypothesis). Unfortunately, the word "theory" is usually used in a colloquial sense to encompass both of these terms.

In particular, in modern day high energy physics, where a hypothesis may take a generation to confirm, the distinction between hypothesis and theory often appears muddled to all but experts in the area. In that regard, we can distinguish three (?) eras in the development of this topic:

(Space travel was added as an amusing but curiously coincidental analogy.) Although most new topics in high energy physics are conjectural, their investigation results in new techniques that are applicable to established theories. While the proof of the pudding is the eating, these puddings are still baking. Unfortunately, impatience often results in the release to the public of such half-baked theories as ready for digestion.